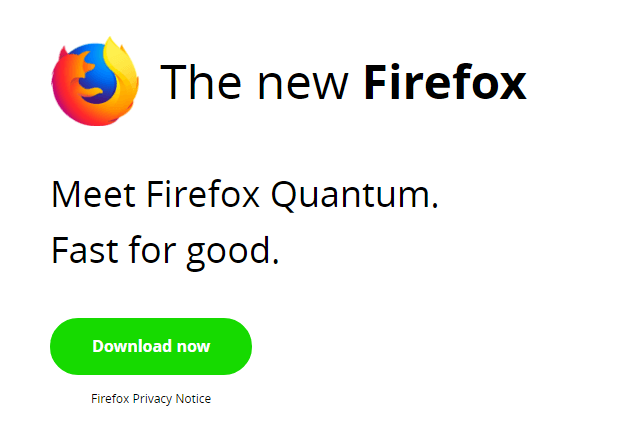 After releasing the Chrome browser in 2008, the Mozilla browser lost its popularity among large user just because of Google Chrome’s Speed. However, it seems to be Mozilla is back to competition in browser market again.

Mozilla released its Firefox Quantum browser recently and claimed that it is two times faster than the earlier versions. Firefox Quantum is a completely revamped, beautiful and an amazing competitor for the Google’s Chrome browser. It created the biggest hype in the browser market because of its speed, low memory, and data usage features.

Well. In this article, we are going to write about cool features that will make you fall in love with Firefox Quantum.

Mozilla Firefox Quantum refreshed its layouts and icons with the new photon user interface. The new photon UI is replaced Mozilla’s old Australis UI that has been used from 2004. Mozilla Firefox Quantum features a ton of customization options like Themes. Mozilla’s old round tabs are replaced by the rectangle tabs. With the smoother animations, on the homepage of the browser, it will show you the top sites with your browsed one. The library button in the top hails a new screenshot option along with it library button gives you access to your saved bookmarks, Pocket reading list. The user can customize their toolbar easily than before. It allows the user to drag and drop the tools that they want on the browser toolbar. Still, Google is the default search provider in the Firefox quantum and more than 60 search providers are preinstalled in the 90 above languages.

As we mentioned earlier, Mozilla Firefox Quantum got a screenshot option in the library button. From this needy feature, you can take a screenshot of your favorite website with a single click. You can capture a screenshot of entire screen or selected area by clicking on the screenshot button.

As you know, Google Chrome is a memory hog and it requires lots of resources. Less memory usage gives faster experience and it gives the ability to load more tabs at once. According to Mozilla’s blog, Firefox Quantum consumes 30% less RAM compared to other browsers and even its rival Google Chrome. Mozilla also enabled Track Protection option which blocks the data and resources hogging requests for online tracking and it reduces the page load time up to 44%. Moreover, Mozilla made a detailed article and video about the performance of this Quantum browser with other browsers. As expected, it has beaten all other browsers.

Mozilla made some major changes in the Extensions. Traditional extensions written in Mozilla’s XML based XUL are no longer supported. Now Firefox Quantum supports WebExtensions, which are similar to Google Chrome’s extensions. Some extension that you’ve installed before may get the effect of this. Just check the compatibility of your currently installed Extensions by Clicking on Menu then Add-Ons. You’ll see the supported extensions under extensions and incompatible extensions under Legacy extensions.

Just try this Firefox 57 aka Firefox Quantum by downloading it from here. I’m pretty sure that it is worth upgrading your current browser with Firefox Quantum.

READ  Why Microsoft Dynamics 365 is the Perfect Consumer Engagement Tool?

The article has been written by Lokesh Naik, who is more passionate about writing contents in the Tech industry. If you like to read more of his posts, you can visit his amazing blog eTechShout!

Maximizing Factors of Production With the Usage of Industrial Automation