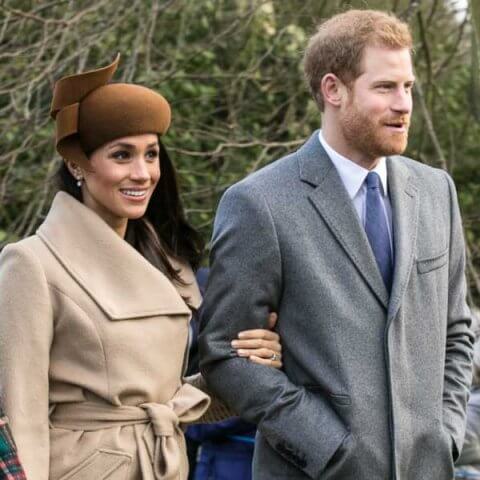 It has been rumored that Meghan Markle, or the Duchess of Sussex as she is now known since marrying Prince Harry, is intending to run for President of the United States of America in the not too distant future. This shouldn’t come as a shock to those that have followed her philanthropic pursuits and political work, and the Duchess has been said to have discussed her ambitions with friends in the past.

Like political marriages of old, that saw two royal families marrying to form alliances, British royalty marrying a person who could potentially become the leader of the United States would be a very shrewd move indeed. Many are speculating that this has been the plan all along – to combine the two powers in an astounding, calculating move.

The British Royal family are forbidden by the Queen to vote as they are not supposed to publicise any political leanings, but in private, it is said that Prince Harry is not a supporter of Donald Trump. Meghan has referred to President Trump as “divisive” and “misogynistic”. This alone is not enough to warrant rumors of a presidential campaign, but couple this with Meghan’s political stance, and now, her powerful position, and this rumor suddenly becomes a lot more believable.

A move to the White House

Should Meghan be successful in her alleged attempt to become the President of the U.S.A. many are asking whether she and Harry would then be forced to move the White House? However, it is feasible that much they could split their time between the two countries. As Factsd.Com points out in its 115 Interesting Facts About George Washington, Washington was the only President to reside at the White House. Of course, this was because he had already left office before the building was complete, but if living elsewhere is good enough for George Washington, then surely it is good enough for any of his predecessors.

READ  Fun and Simple Ways to Have the Best Christmas Ever

Some people that wish to dismiss the claims have said that as Meghan will become a British citizen she can no longer be eligible to run for President. Yet, it is widely thought that Meghan will retain her American citizenship and hold dual citizenship, therefore making her eligible to become a candidate.

History in the Making

Kensington Palace has responded to reports that the Duchess’ is planning to pursue the Presidency by saying, “This conversation you describe with an associate is fictitious.”

Should the rumors be in fact true, moves towards Presidency ill undoubtedly cause controversy on both sides of the Atlantic.

Know How to Win a Beauty Pageant!